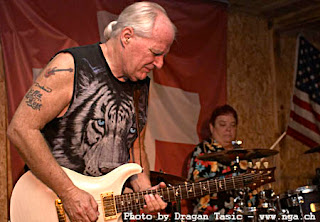 Buddy Henderson (October 20, 1943 – March 8, 2012), better known as Bugs Henderson, was a blues guitarist who was popular in Europe and from the 1970s was based in Dallas-Fort Worth, Texas, where he was known as a local blues guitar legend. He was born in Palm Springs, California, and spent his early life in Tyler, Texas, where he formed a band called the Sensores at age 16, and later joined Mouse and the Traps. In Dallas-Fort Worth he formed the Shuffle Kings and later a band that was eponymously named.

Henderson played with blues legends such as B. B. King, Eric Clapton, Ted Nugent, Muddy Waters and Stevie Ray Vaughan. He died from complications of liver cancer just four days after a benefit concert in his name. The performers at the 11-hour “Benefit Bugs” event included Ray Wylie Hubbard, Smokin’ Joe Kubek & Bnois King and Mouse & the Traps, the band from early in his career with the hit songs, “A Public Execution” and “Maid of Sugar – Maid of Spice” that featured his guitar solos. 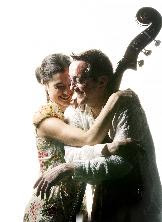