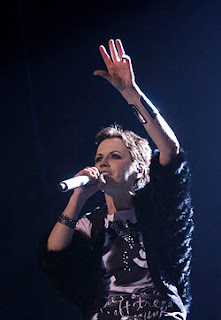 Dolores Mary Eileen O'Riordan Burton (Ballybricken, Limerick, Ireland, September 6, 1971-London, United Kingdom, January 15, 2018) 1 was an Irish singer, known for being the female vocalist of the rock band The Cranberries
The Cranberries is an Irish rock band, formed in Limerick in 1989 under the name of The Cranberry Saw Us; later changed by the vocalist Dolores O'Riordan. It is also associated with alternative rock, post-punk and Celtic rock. [Citation needed] The Cranberries rose to international fame in the 1990s with their debut album, Everybody Else Is Doing It, So Why Can not We ?, which became a commercial success and sold more than five million copies in the United States. The group was one of the most successful rock groups of the 90s and sold more than 14.5 million albums in the United States alone, while worldwide the number amounts to more than 40 million albums. The band has achieved four top 20 albums on the Billboard 200 (Everybody Else Is Doing It, So Why Can not We?, No Need To Argue, To the Faithful Departed and Bury the Hatchet) and 20 singles at number eight the list of alternative songs.
Publicado por la musica del segle passat en 19:50 No hay comentarios: 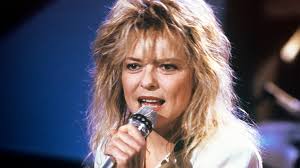 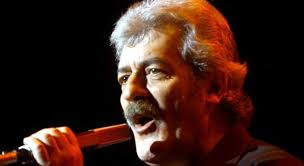 
Raymond Thomas (29 December 1941 – 4 January 2018) was an English musician, flautist, singer and composer in the UK rock band The Moody Blues. His flute solo on the band's 1967 hit single "Nights in White Satin" is regarded as one of prog rock's "defining moments." Thomas and Pinder then recruited guitarist Denny Laine, drummer Graeme Edge, and bassist Clint Warwick to form a new, blues-based band, The Moody Blues.Signed to Decca Records, their first album, The Magnificent Moodies, yielded a No. 1 UK hit (No. 10 in the US) with "Go Now". Thomas sang lead vocals on George and Ira Gershwin's "It Ain't Necessarily So" from the musical Porgy and Bess. His flute featured on three songs on the album—"Something You Got", "I've Got a Dream", and "Let Me Go"—as well as the single "From the Bottom of My Heart", When Warwick left the band (followed by Laine a few months later) he was briefly replaced by Rod Clark. Thomas then suggested his and Pinder's old bandmate John Lodge as a permanent replacement and also recruited Justin Hayward to replace Laine. With this line-up the band released seven successful albums between 1967 and 1972 and became known for their pioneering orchestral sound. Although they initially tried to continue singing R&B covers and novelty tunes, they were confronted over this by an audience member, and with their finances deteriorating they made a conscious decision to focus only on their own original material. Following the lead of Pinder, Hayward, and Lodge, Thomas also started writing songs. The first he contributed to the group's repertoire were "Another Morning" and "Twilight Time" on Days of Future Passed. The album is regarded a prog rock landmark, and Thomas’s flute solo on the single "Nights in White Satin" one of its defining moments. His flute would become an integral part of the band's music, even as Pinder started to use the Mellotron keyboard. Thomas has stated that a number of his compositions on the band's earlier albums were made in a studio broom closet, with Thomas writing songs on a glockenspiel. Hayward has spoken of Thomas's learning transcendental meditation in 1967, along with other members of the group. Thomas and Pinder both acted as the band's onstage MCs, as heard on the live album Caught Live + 5 and seen in the Live at the Isle of Wight Festival DVD. Thomas started to become a more prolific writer for the group, penning songs such as "Legend of a Mind"—an ode to LSD guru and friend of the band,Timothy Leary, and a popular live favourite—and "Dr. Livingstone, I Presume" for In Search of the Lost Chord, "Dear Diary" and "Lazy Day" for On the Threshold of a Dream as well as co-writing "Are You Sitting Comfortably?" with Hayward. The Moody Blues formed their own record label Threshold Records, distributed by Decca in the UK and London in the US, and their first album on the Threshold imprint was To Our Children's Children's Children, a concept album about eternal life. Thomas wrote and sang lead vocal on "Floating" and "Eternity Road". When the band began to realize that their method of heavy overdubbing in the studio made most of the songs very difficult to reproduce in concert, they decided to use a more stripped-down sound on their next album A Question of Balance, to be able to play as many songs live as possible. It was their second UK No. 1 album. Thomas wrote and sang "And the Tide Rushes In", reportedly written after having a row with his wife, and was credited with co-writing the album's final track "The Balance" with Edge, while Pinder recited the story.[25] The Moodies went back to their symphonic sound and heavy overdubbing with Every Good Boy Deserves Favour, their third UK No. 1 album, and Thomas wrote and sang "Our Guessing Game" and "Nice to Be Here", also singing a co-lead vocal with Pinder, Hayward and Lodge on Edge's "After You Came". All five members wrote "Procession".[26] The final album of the 'core seven' was Seventh Sojourn, their first album to reach No. 1 in the USA. By this time, Pinder had replaced his mellotron with the chamberlin, which produced orchestral sounds more realistically and easily than the mellotron. Thomas wrote and sang "For My Lady".[27]
Publicado por la musica del segle passat en 17:32 No hay comentarios: