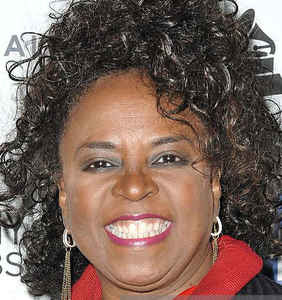 
Bessie Regina Norris (December 21, 1953 – May 10, 2020) better known by her stage name Betty Wright,[3] was an American soul and R&B singer, songwriter and background vocalist, who rose to fame in the 1970s with hits such as "Clean Up Woman" and "Tonight is the Night". She was also prominent in regard to the use of whistle register. About a year later, Wright released her signature song, "Clean Up Woman", written by Clarence Reid and Willie Clarke when she was 17. The record reached number two on the R&B charts, where it stayed for eight weeks. It crossed over to the pop charts, peaking at number six and staying on the Billboard Hot 100 for 14 weeks. It eventually sold over a million copies and was certified gold on December 30, 1971 nine days after the singer turned 18. Wright struggled with a successful follow-up until 1972 when the single "Baby Sitter" (one of Wright's first compositions) reached the top 50 of the Hot 100 and peaked at number six on the R&B charts. Another hit that emerged during this early period was 1973's "Let Me Be Your Lovemaker", which peaked at number 55 on the Hot 100 and number 10 on the R&B chart, it was also the first instance (after "Baby Sitter") where Wright showed off her powerful whistle register vocals. Another successful composition was the proto-disco number, "Where Is the Love" (co-written by Wright, with producers, Harry Wayne Casey and Richard Finch, from KC & The Sunshine Band). This peaked at number 15 on the R&B chart, number-two on the dance charts and crossed over to the UK, peaking at #25, leading Wright to perform overseas. Wright later won the Best R&B Song Grammy Award for composing "Where Is the Love". A second prominent overseas hit was another proto-disco number, "Shoorah! Shoorah!", issued on Alston and written by Allen Toussaint.[8] Both songs appeared on one of Wright's most popular albums, Danger! High Voltage!, released in late 1974. It would be on this album that Wright would have her most successful composition, with the smooth soul ballad, "Tonight Is the Night", which Wright attributed to her first sexual experiences. The original version peaked at number 28 on the R&B chart. Four years later, Wright released a "live" version of the song. The remodeled version, which included a now-famous monologue and portions of Wright's 1970 hit, "Pure Love", peaked at number 11 on the R&B chart in 1978. In 1977 Wright discovered musician Peter Brown and sang background on Brown's hits, "You Should Do It" and "Dance With Me" (where her vocals were prominently featured alongside Brown's) from the successful LP 'A Fantasy Love Affair (Do you wanna get funky with me?)'. In 1978, she performed a duet with shock rocker Alice Cooper on the song "No Tricks" and a year later, opened for Bob Marley on the reggae star's Survival Tour.
Publicado por la musica del segle passat en 20:11 No hay comentarios: 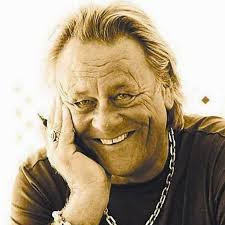 Brian Anthony Howe (22 July 1953 – 6 May 2020) was an English rock singer and songwriter, best known for replacing Paul Rodgers as the lead vocalist of Bad Company. Howe's career was jump-started in 1983 when Ted Nugent recruited him to handle lead vocals for his Penetrator album and front its subsequent world tour. Howe was born in Portsmouth, England in 1953. He sang with a local band called Shy who had one minor hit single in the UK but he quickly quit, seeking a harder rock band. He had a brief stint with the NWOBHM group White Spirit, having replaced their recently departed singer Bruce Ruff. However, the group quickly collapsed, and Howe never recorded an album with them. A sole cut, "Watch Out", surfaced on Neat Records' 60 Minutes Plus cassette compilation in 1982, also issued on vinyl as All Hell Let Loose by Neat in conjunction with Italy's Base Records label in 1983. The song was also released on CD by US-based label Prism Entertainment on their Metal Minded compilation in 1987. In 1986, Mick Ralphs and Simon Kirke decided to regroup for a new project. Their label, Atlantic Records, however, insisted they resume the Bad Company name, but Paul Rodgers was already engaged with a new supergroup called The Firm. With Rodgers gone, the remaining two members partnered with ex-Ted Nugent vocalist Brian Howe as the new lead singer. In addition, they hired Steve Price as the new bass player and Greg Dechert (ex-Uriah Heep) on keyboards. Howe's vocal style brought more of a pop-rock sound to the band, which Atlantic Records, looking to bring the band back up to arena status, was looking for after declining turnouts to previous live performances and the dismal sales of Rough Diamonds. The band hired Foreigner producer Keith Olsen to produce the new line-up's initial album, 1986's Fame and Fortune. Reflecting the musical style of the mid-1980s, the album was laden with keyboards, unlike previous Bad Company albums, and was modestly commercially successful. The single "This Love" managed to reach No. 85 on the UK Singles Chart, but was not the success the band hoped for, but things were about to change. In 1987, Dechert was dropped from the line-up as the group decided not to play up the keyboards in their sound as much. They toured that year supporting Deep Purple. For the next Howe-era album, 1988's Dangerous Age, the band replaced Olsen with producer Terry Thomas, who got rid of most of the keyboards and returned the band to a guitar-driven sound. Thomas also added small amounts of keyboards as well as rhythm guitars and backing vocals and wrote most of the songs with the band. Dangerous Age fared better than its predecessor, spawning several MTV videos and the AOR hits "No Smoke Without A Fire" , "One Night" and "Shake It Up" (#9, also No. 89 on the singles chart). The album went Gold and hit the Top 60. For the Dangerous Age tour, the band were augmented by Larry Oakes (keyboards, guitar), who had also played with Foreigner. Price and Oakes left at the conclusion of the tour. The band's next album, Holy Water written mostly by Brian Howe and Terry Thomas released in June 1990 on Atco, also produced by Thomas, was enormously successful both critically and commercially, attaining Top 40 and Platinum status by selling more than one million copies. Holy Water was the band's first album on the Atlantic subsidiary Atco Records. The album spun off the singles: "If You Needed Somebody" , the title track "Holy Water" and "Walk Through Fire" . "Holy Water" also hit No. 1 for two weeks on the AOR charts with "If You Needed Somebody" reaching No. 2. The album received significant radio airplay (five songs made the AOR charts in all) and spawned several video hits. Felix Krish played bass on the CD while Paul Cullen was recruited for live shows. Mick Ralphs, who was taking care of personal and family matters, sat out for most of the Holy Water tour, although he did perform on the album. Ralphs was replaced on the road and in the videos by ex-Crawler guitarist Geoffrey Whitehorn. Ralphs returned later on during the tour and Whitehorn joined Procol Harum where he still plays to this day. Also joining at this time was ex-ASAP guitarist Dave "Bucket" Colwell as second guitarist. Heralded as one of the top 5 grossing tours of 1991, and supported by Damn Yankees, that year was one in which saw many other rock acts facing a downturn in concert attendance brought on by rising ticket prices and economic recession. It was widely rumoured all summer that Howe and other members of the band, which he helped revive three years earlier, had been bickering over financial matters. Howe was rumoured to be leaving the band and ex-Kansas singer Steve Walsh was to take over for the remainder of the tour. Atlantic Records did not agree given the success of Holy Water and Howe's extraordinary vocal ability and he was asked to stay on. The final studio album of the Howe era, 1992's Here Comes Trouble, featured the Top 40 hit "How About That" and "This Could Be The One" . The album went Gold. Before touring in support of Here Comes Trouble, the band added ex-Foreigner, Roxy Music and Small Faces bassist Rick Wills and Colwell, a protégé of Ralphs, was now a full-time member. The band recorded a live album, What You Hear Is What You Get: The Best of Bad Company on the Here Comes Trouble tour. The critically acclaimed album released in November 1993, featured live versions of hits from both the Rodgers and Howe eras of the band. Howe left the band in 1994. Regarding his departure from the band, Howe stated: "Leaving Bad Company was not a difficult decision. It had got to the point where nobody was contributing anything to songwriting and quite frankly, the band was getting very very sloppy live. I quite simply, along with Terry Thomas, got tired of doing all the work and the
Publicado por la musica del segle passat en 19:53 No hay comentarios: 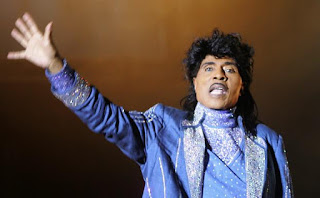 Richard Wayne Penniman (December 5, 1932 – May 9, 2020), better known as Little Richard, was an American singer, songwriter, and musician. An influential figure in popular music and culture for seven decades, he was nicknamed "The Innovator", "The Originator", and "The Architect of Rock and Roll". Penniman's most celebrated work dates from the mid-1950s, when his charismatic showmanship and dynamic music, characterized by frenetic piano playing, pounding backbeat and raspy shouted vocals, laid the foundation for rock and roll. His innovative emotive vocalizations and uptempo rhythmic music also played a key role in the formation of other popular music genres, including soul and funk. He influenced numerous singers and musicians across musical genres from rock to hip hop; his music helped shape rhythm and blues for generations to come. "Tutti Frutti" (1955), one of Penniman's signature songs, became an instant hit, crossing over to the pop charts in both the United States and the United Kingdom. His next hit single, "Long Tall Sally" (1956), hit No. 1 on the Billboard Rhythm and Blues Best-Sellers chart, followed by a rapid succession of 15 more hit singles in less than three years. His performances during this period resulted in integration between White Americans and African Americans in his audience. In 1962, during a five-year period in which Penniman abandoned rock and roll music for born-again Christianity, concert promoter Don Arden persuaded him to tour Europe. During this time, Arden had the Beatles open for Penniman on some tour dates, capitalizing on his popularity. Penniman advised them on how to perform his songs and taught the band's member Paul McCartney his distinctive vocalizations. Penniman is cited as one of the first crossover black artists, reaching audiences of all races. His music and concerts broke the color line, drawing blacks and whites together despite attempts to sustain segregation. His contemporaries, including Elvis Presley, Buddy Holly, Bill Haley, Jerry Lee Lewis, the Everly Brothers, Gene Vincent and Eddie Cochran, all recorded covers of his works. Taken by his music and style, and personally covering four of Penniman's songs on his own two breakthrough albums in 1956, Presley told Penniman in 1969 that his music was an inspiration to him and that he was "the greatest". Penniman was honored by many institutions. He was inducted into the Rock and Roll Hall of Fame as part of its first group of inductees in 1986. He was also inducted into the Songwriters Hall of Fame. He was the recipient of a Lifetime Achievement Award from the Recording Academy and a Lifetime Achievement Award from the Rhythm and Blues Foundation. In 2015, Penniman received a Rhapsody & Rhythm Award from the National Museum of African American Music for his key role in the formation of popular music genres and helping to bring an end to the racial divide on the music charts and in concert in the mid-1950s, changing American culture significantly. "Tutti Frutti" was included in the National Recording Registry of the Library of Congress in 2010, which stated that his "unique vocalizing over the irresistible beat announced a new era in music".
Publicado por la musica del segle passat en 19:44 No hay comentarios: